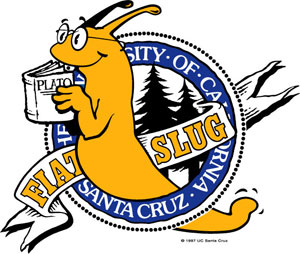 (Editor’s note: This entry is from my son Jeremy Zhen. I believe this is his first-ever blog entry of any kind beyond FB status updates.)

I have made this for no particular reason. I was bored and I had free time. It has been a topic of discussion in my house for some time now. So, I decided to make it. Here are the most unique/obscure/hilarious college mascots/nicknames that I could find. However, I have to give credit to these teams because they could have been another generic Tigers or Bulldogs, but they chose to be the odd ones out. So I have come up with the top 10 most obscure out of all of them.

1- Long Beach State Dirtbags
Long Beach State prefers to be known as the 49ers. But there baseball team could care less. They have gone as the Dirtbags; dirt because of the baseball dirt and bags is what they call the bases, since the 1980’s.

2- University of North Carolina School for the Arts Fighting Pickles
The name of this college was created by 3 undergraduates in 1972. It was entered in a contest. The submission was just the “Pickles” with the slogan “Sling ‘em by their warts!”. Every year they held a touch football game versus Wake Forest, and, yes, of course the innuendos. They evolved into the “Fighting Pickle” in later years.

3- University of California-Santa Cruz Banana Slugs
Since the early years of the college, the Banana Slug has been known as the mascot. They are local to the redwood forests. It only sounds dumb.

5- Presbyterian Blue Hose
The team’s media guide claims something along the lines of, “A Blue Hose is a fierce Scotch-Irish warrior. If you have ever seen the movie Braveheart then you have seen a true Blue Hose.” Now, I don’t know if Mel Gibson is an actual Blue Hose, or if it conflicts with his traditional Catholic beliefs, but you can take the name any way you like. And yes, that last sentence was supposed to be another innuendo.

6- Arkansas-Monticello Boll Weevils (men’s) and Cotton Blossoms (women’s)
I know you’ve all probably seen this on the KGB commercials, but the meaning behind it is pretty funny and probably not intentional. Boll Weevils are little tiny bugs that eat cotton blossoms. Enough said.

7- Gustavus Aldophus Gusties
The school name is the Golden Gusties, however the mascot is known as Gustavus Lion, being named after Gustavus Aldophus, “The Lion of the North”. Gusties just sounds funny.

8- Tufts Jumbos
In 1885, P.T. Barnum went to the college for a circus act. During one of his off days, Jumbo, his elephant, got hit by an oncoming train. Barnum then stuffed the elephant and donated it to the college, thus giving the Tufts their name.

9- Arkansas Tech Wonderboys
The school has, actually, recently changed their nickname to the Copperheads, but for the sake of this, I’ll continue to talk about it. About the team name: “These connotations include slurs about an individual’s manhood or race, and the slurs have been used against Tech when recruiting”.

10- Scottsdale Community College Artichokes
In the 1970s, the students of this college were upset about the money being spent on the athletic programs and not on the academics. So, an election was held to find a new name for a mascot and the students chose a bad and non-intimidating name on purpose, so the opposing teams the sports had to face were making fun of the team name.